﻿
﻿ The cool drummer MICHAEL HARRISON played in the band 'Eclipse' with my hubby, Steve BARTLETT ON BASS for a few years. TOD LEMKUHL/guitar/vocals also was a regular member in this group and named this band. 'Eclipse' had gigs over 120 times, first gig @ BAR CINCO in Yelm, WA. on 6/27/2007 to last gig @ LIQUID SOUL COFFEE ROASTERs in McKenna, WA. on 6/19/2010. ANDY CARROLL/guitar/vocals [several times], MARTIN SALINAS/guitar/vocals [several times], and JON BARONI/keys/harp/vocals [one time, the last gig on 6/19/2010] were all special guests off and on. Eclipse also played, backing TAMBORINE BORRELLI/vocals for three gigs. TERRA JEAN CHAMBERS/violin and AARON McLEAN/guitar, old friend of Tamborine's, flew in from L.A., California just for one gig and was also backing TAMBORINE BORRELLI/vocals at those gigs. Go to 12/29/07 HERE for THE DINNER PARTY with JON BARONI/keys and SCOTT ERCOLIANI doing videos, 5/15/2009 HERE and 6/20/2009 HERE. MS. BORRELLI is now owner of THE SPIRAL CAFE in Yelm, WA. For more 'Eclipse' info., go HERE
Michael lives in TUMWATER, WA. on a couple of acreas and is a fantastic gardener.

WHERE: I haven't seen Michael for a couple of years. Not sure if  his long time friend, Tod Lemkuhl/guitar/vocals has been in touch with him either. I've heard Not a word. Will post any info that comes in right here. T. Jan
----------------------
Found this video on YOUTUBE of JON BARONI/keys/harp/vocals singing his song, 'Down To The River' [c] by Jon Baroni. STEVE  BARTLETT/BARTLETT ON BASS/vocals next to Jon. This was recorded live at MARTIN SALINAS's LIQUID SOUL COFFEE ROASTERs in McKenna, WA. with the band 'Eclipse', TOD LEMKUHL/guitar/vocals and MICHAEL HARRISON/drums. NOTE: Jon was never a regular part of the band 'Eclipse', but, a featured very special guest for this gig only. TOD LEMKUHL/guitar/vocals, MICHAEL HARRISON/drums and my Steve BARTLETT ON BASS were known as the band 'Eclipse' for a couple years..[ Go to YOUTUBE.to see Jon better on video]. Jan 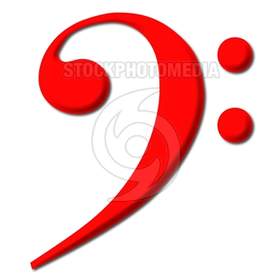